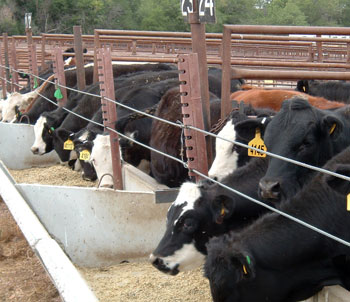 Environmental and public health groups filed suit against the Food and Drug Administration last week to stop farmers from routinely adding antibiotics to livestock feed.
The 29.8 million pounds administered in 2009 – 80 percent of total U.S. antibiotic use – are said to help animals grow faster and stay healthy in crowded conditions on modern factory farms. But the groups say the practice is increasing the prevalence of “superbugs” that do not respond to antibiotics. Each year, 70,000 people die in U.S. hospitals from bacterial infections that drugs are unable to kill. 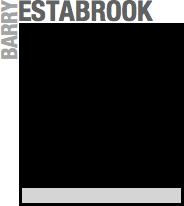 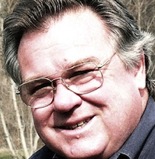 We have known this problem was coming since the dawn of modern antibiotics. In accepting the Nobel Prize in 1945 for his discoveries related to penicillin, Sir Alexander Fleming said, “There is danger that the ignorant man may easily under dose himself and, by exposing his microbes to non-lethal quantities of the drug, make them resistant.” Today we have a mountain of scientific evidence showing that feeding livestock low-dose antibiotics leads to resistant bacteria and that these “superbugs” can spread to humans. Interestingly, after the European Union banned the use of growth-promoting antibiotics in livestock, the average daily weight gain of pigs in Denmark (the world’s largest pork-exporting country) actually went up.

I was surprised to learn: There is no scientific explanation of why low doses of antibiotics promote growth. In fact, there are some studies that suggest they have little or no effect under modern farming conditions.

Going forward: For the first time the FDA’s decision to allow the use of growth promoting antibiotics in livestock is coming under attack from two fronts. Congresswoman Louise Slaughter (D-N.Y.) has reintroduced The Preservation of Antibiotics for Medical Treatment Act. And the Natural Resources Defense Council and other environmental groups have launched a lawsuit requesting that the FDA act. 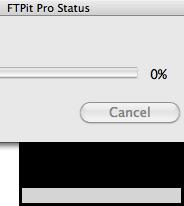 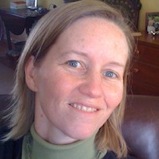 Antibiotic resistant bacteria are regularly found in meat purchased at supermarkets, a fact that has gotten plenty of attention in the media. You might think buying organic meat is safer, as organic producers abstain from routine antibiotic use. However, scientific studies have found mixed results. “Unfortunately, this is an ecologic problem,” said Lance Price, who studies the spread of antibiotic resistant bacteria. In other words, once antibiotic-resistant bacteria are in the environment, they can spread through any number of potential routes, such as slaughterhouses or farm workers.