A huge wildfire in New Mexico is bearing down on Los Alamos National Laboratory, America's primary nuclear research and storage facility.
There remains a risk of flames reaching stored radioactive material at the lab, but remnant radioactive fallout in the environment left over from nuclear tests conducted decades ago may actually be the bigger concern. 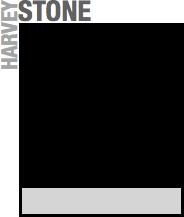 Less than 20 minutes from my home, a 96,000-acre wildfire threatens the country's primary facility for nuclear stockpile stewardship and for assembling plutonium triggers. It's the second fire threat to Los Alamos National Laboratory in 11 years. While there are no warheads onsite, the greatest risk is that the fire will reach Area G, where 20,000–30,000 steel drums filled with plutonium-contaminated objects are stored in a tentlike structure.

I'm thinking about … the link between climate change and the 1.5 million acres burning this summer in the Southwest. Warmer winters have allowed pine beetle populations to explode and destroy millions of forested acres, which now fuel these huge fires. Those dead trees now fuel the fires and add to climate change by releasing stored carbon. Plus, the warming climate is exacerbating the Southwest’s natural drought cycle.

And about that tent: Those drums of contaminated materials are there because the U.S. lacks a centralized, permanent storage facility for the hundreds of local nuclear waste stockpiles around the country. 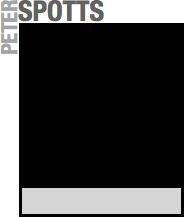 The public is understandably concerned about the potential for the fire to release radioactivity. However, scientists studying the 2000 Cerro Grande blaze detected only radioactive byproducts from naturally occurring radon gas during the burn. Afterward, they found elevated levels of radioactive elements in ash, including isotopes of plutonium, cesium, and strontium, but those appeared to be residual fallout from above-ground nuclear tests decades ago.

It’s getting hot: The Las Conchas fire is now expected to become the largest fire in New Mexico history. The three biggest fires in that state have happened in the last 10 years. Scientists attribute the trend to excess fuel built up during decades of fire suppression, declines in annual snow pack, and rising average temperatures that lengthen the fire season. The latter two are due to climate change, studies show.

The big picture: This is an enormous fire with serious consequences. But the lab grounds also are enormous, covering 23,000 acres, much of it empty. Most of the lab's highly radioactive material is stored in structures specifically designed to withstand fire, lab officials told me. But as of midday on Tuesday, the fire was two miles away from a tentlike structure that stores plutonium-bearing, low-level radioactive waste.