An industry-wide focus on energy efficiency is paying off for the massive data centers that power tablets, smartphones, and cloud-connected computers.
Their electricity consumption has grown at just half the predicted rate in the United States over the last five years, according to a new study. The economic downturn was also a contributing factor to the slower-than-expected rise in consumption. Nonetheless, electricity use at server farms from 2005 to 2010 was up by a healthy 36 percent in the United States and by 56 percent worldwide. 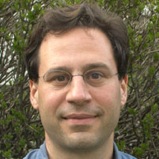 Improved data center efficiency stems from a trend toward centralized computing, driven by cloud computing providers Google, Microsoft, Amazon, and their peers. One of the root causes of energy sprawl was companies’ installation of many low-cost servers. With the rise of virtualization software (which allows one computer to run another system's software locally), it's become more common to consolidate multiple jobs on a single computer, rather than having dedicated equipment for every single application.

Efficiency by design: There is no technology panacea, such as an improved server chip, to making data centers more energy efficient. Rather, they way the are designed and operated makes a huge difference in energy consumption. That’s good news because it leaves a lot of room to improve efficiency.

I'll be watching ... whether the growth rate continues to slow from more centralized computing (i.e., huge data centers). Overall, though, the rise of cloud computing — where data centers feed information to PCs and handheld gadgets — means more energy for computing, not less. 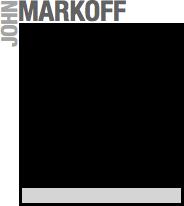 Researcher Jonathan Koomey wrote an earlier study exploring the growth of power consumption by computer data centers globally. That study found that in 2005, worldwide demand for data center power equaled the output of about seventeen 1,000-megawatt power plants. The Times recently asked him to redo his study to see what had happened five years later. Koomey's research contradicts a widely cited EPA study that had forecast power consumption by data centers would double between 2005 and 2010. In fact the growth was a bit less than half of that.

It's the economy, again: Many people believe that data centers are consuming an increasingly large percentage of U.S. power. The Koomey report showed that the recession, and probably to a lesser extent, a range of technologies that enhance efficiency, have slowed the explosive growth in electricity demand.

Computers for all: Increased energy consumption due to the computerization of all aspects of society and the economy is a crucial challenge. In the near future, every human on the face of the planet will have at least one computer — and more likely, many.