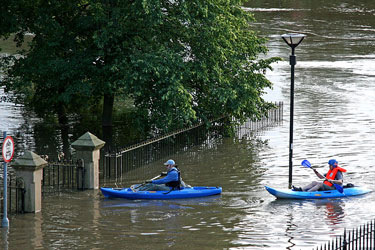 A new U.S. study predicts the nation's flood plain area is expected to grow 40 percent by 2100, placing millions of homes and businesses at risk.
Despite the warnings, developers continue to build in flood prone areas in the United States and overseas. In England alone, more than 12,000 homes are built in flood zones each year. 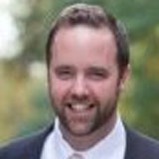 Climate change's impact on development will likely bring controversy. Rising seas and strengthening hurricanes could threaten valuable real estate along picturesque — and vulnerable — coastlines. Thus, federal officials anticipate political discord following the publication later this summer of a study examining the impacts of climate change on the National Flood Insurance Program. The NFIP influences where and how people can build homes and businesses. The study will make the case for reduced development in flood-prone areas. Lawmakers who want to scale back incentives that promote floodplain development will likely advocate for higher flood insurance rates.

I expect … to see pushback on the climate study from conservative lawmakers, some of whom are likely to question the study’s warning that floodable areas could expand up to 45 percent by 2100.

Notable quote: "The coastal states will fight us because they don't want to restrict development. It's worth a lot to their economies,” said Sen. Dick Durbin (D-Ill.). 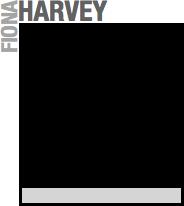 For historic reasons, most people in England can get flood insurance whether they are at risk or not, which acts as a strong incentive to continue building on floodplains. Insurers may well end their agreement with the government by which everyone can get insurance, but they are part of the problem, too. Often, home improvements that would help to prevent future flooding are not covered under insurance policies, so rebuilt flooded homes are just as prone to flooding again. Homeowners also resist such improvements because they fear that doing so would reduce their homes’ market values. They think potential buyers, upon seeing flood prevention measures, would think, "Oh dear, this house might flood," and wouldn't buy it.

Wash, rinse, repeat: Promises by local authorities to discourage building in floodplains have not been made good, and many incentives encourage developers to continue to build in flood-prone areas.

Token efforts: The cash-strapped central government is happy to accept funding contributions from private developers, and if those developers build on land that is flood-prone, they can turn around and say that they have contributed to flood prevention, so they have no further financial liability.