As hearings on the 2012 Farm Bill begin against the backdrop of the Super Committee's budget-cutting sessions, farmers and environmentalists worry that trimming budgets now could lead to problems later.
Land conservation programs are particularly vulnerable, and farmers are concerned that a Farm Bill negotiated in the current economic climate could have a negative impact on their businesses. 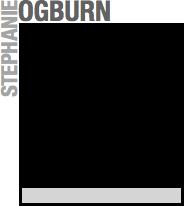 Both the Conservation Reserve Program (CRP) and the Conservation Stewardship Program (CSP) fall under the conservation budget in the Farm Bill, but they're quite different. The reserve program pays farmers to take land subject to erosion out of production. They typically plant it with grassland species to improve habitat for sage grouse, game birds, and other animals. The stewardship program pays farmers to implement conservation practices, such as minimizing pesticide drift or implementing rotational grazing. The stewardship program is considerably newer, which might make it a disproportionate target for cuts, despite its popularity with farmers. In recent budget negotiations, the House Agriculture Appropriations committee wanted to cut it by one-quarter, but the Senate committee went for just 4 percent. We'll see how it all shakes out.

Bumper crop: Voluntary conservation programs like the Conservation Reserve Program that pay farmers for taking land out of production always take a hit when crop prices are high, like they are now, because farmers want to plow under land to make money — even if that land is likely to erode.

Cool kid: I have been surprised by the incredible popularity of the Conservation Stewardship Program. In just four years of existence the total acreage enrolled has surpassed that of the reserve program, which has been around for 25 years. The reserve program has about 34 million acres now and the stewardship program about 37 million acres. 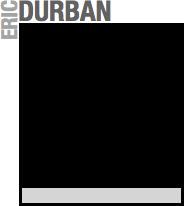 Amidst the actions of the Super Committee, longer-term needs in agriculture may be getting lost in the need for budget cuts today. With a rapidly growing world population, U.S. farmers are expected to increase their output while relying on the same amount of land and depleting natural resources, like water and soil. Support of agriculture research is key to finding solutions in an industry that continually faces new challenges. At the same time, identifying sensible conservation programs to keep that land sustainable for decades to come will be vital.

Due date: There’s talk that if the Super Committee acts quickly with its recommendations this fall, then the 2012 Farm Bill may follow suit and move fast. Then again, the last farm bill debate was extended an additional eight months past its September 2007 expiration.

Notable quote: "Supporting American agriculture and rural communities is about a lot more than funding levels or even policies. In my judgment, it’s about our way of life in America. It’s about communities, it’s about values, and it’s about a sense of responsibility.” — Sen. Debbie Stabenow, chair of the Senate Agriculture Committee. 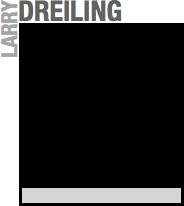 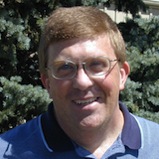 Part of Title I of the Farm Bill — the commodity programs title — includes a provision for a payment to the farmer based on his past production history. The provision was instituted as an alternative to crop subsidies, and the payment is given whether the farmer grows that (formerly subsidized) crop or not. Since it is "trade neutral" under the World Trade Organization, this payment is believed to offer the surest form of risk management with the minimum market distortion. Most farmers who think this way grow hard red winter wheat or are Texas cotton farmers who deal with wild climatic swings. These farmers believe that these direct payments are needed to keep their operations stable.

City mouse: The Super Committee budget debate will include farm programs, but few of its members have farms or farmers in their constituencies, which has farmers concerned. Max Baccus from Montana is one of the few Super Committee members with a rural voter base, but he has had a tendency to go against his constituency on a frequent basis. He could be a wild card on this.

Small businesses: Farmers, by and large, are not corporate. They are families who have grown large and sophisticated enough to incorporate from a self-employed business, much like many freelance journalists or other independent contractors incorporate themselves for tax purposes.