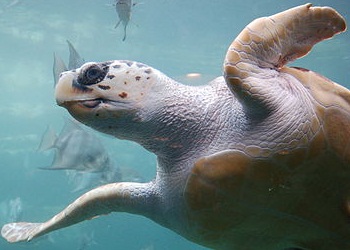 Conservationists have won a years-long fight to boost protections for the loggerhead sea turtle — well, sort of.
The National Oceanic and Atmospheric Administration (NOAA) and the U.S. Fish and Wildlife Service announced last week that four populations of the turtles, including those in the North Pacific, were up-listed from threatened to endangered. Five other groups remain only threatened. All had been listed as threatened since 1978, and all have been shrinking over the past decade. 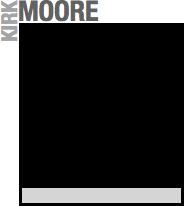 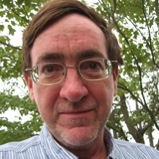 Fishing interactions, bycatch, and gear entanglement get a lot of the blame for turtle deaths and attract a lot of NOAA's energy. East Coast and Pacific longline commercial fishermen have long been under the gun to reduce turtle bycatch, and with NOAA's help, seem to have finally come up with a good combination of baits and circle hooks (as opposed to traditional J-shaped hooks) that are less likely to be ingested by turtles. They also carry dehooking gear and other equipment to release turtles alive.

Oil ruled out: Last year there was a snit between Gulf of Mexico fishermen and NOAA after the agency suggested that dead turtles turning up after the British Petroleum spill did not show effects from petroleum. Necropsies showed many of them were un-oiled but drowned, which set NOAA on a new campaign to inspect turtle excluder devices in fishing nets to make sure they are properly rigged and equipped.

Recession to the rescue? Coastal development has been another part of the story, with beachfront construction, bright lights, and human disturbance scaring turtles off their nesting beaches in the southeastern states and Florida. But after doing the story, I heard from Florida people with an interesting observation; the bad economy and slower development may have eased the pressure on some beaches. I would like to know if that's true. 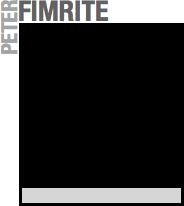 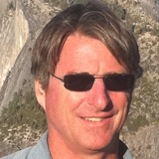 Conservation groups will be putting pressure on the United Nations and foreign fishing fleets now that Pacific loggerheads are endangered because they nest in Japan and live mostly along the Southern California and Mexican coast. Radioactive material along the Japanese coast is of particular concern, as are longline fishing fleets in Asia, which are not subject to U.S. regulations. The Center for Biological Diversity, Turtle Island Restoration Network, and Oceana will surely renew their efforts to get Northwest Atlantic loggerheads on the endangered list.

A bigger discussion: I don’t think most people really understand the trouble facing giant sea turtles in general, let alone loggerheads. The leatherback turtle population has declined by 90 percent in recent decades, and olive ridley populations are also in sharp decline, thanks in part to egg poachers in Mexico and Costa Rica.

Exploited for centuries: Most sea turtles have the ability to put themselves in a kind of suspended animation, where they can drift for many miles without eating. Early ocean voyagers collected and kept these sea turtles alive without food for months before eating them. The love of turtle meat continued into the 1960s when as many as 75,000 turtles a year were being killed. A sea turtle slaughterhouse operated in the state of Oaxaca until 1990.