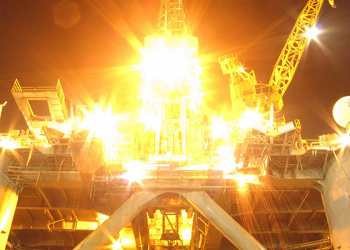 Cuba will soon begin drilling for oil in waters deeper than BP’s blown-out Macondo well just 60 miles from the Florida Keys.
A U.S. delegation recently visited Cuba to assess its safety preparedness and to push President Barack Obama to make embargo allowances for the United States to aid Cuba in the event of a spill. Meanwhile, the U.S. Occupational Safety and Health Administration (OSHA) uncovered serious safety violations at ExxonMobil’s Baton Rouge refinery. 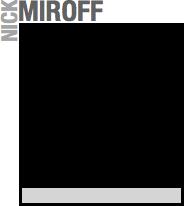 Though U.S. law bans offshore drilling along Florida’s coastline, ocean currents could carry oil spilled at the planned Cuban drilling site all the way through the Florida Keys and along the Atlantic Coast. The delegation is pushing for the United States to engage in constructive dialogue with the Cubans on safety practices and to authorize U.S. companies who do spill response to do business with Cuba in the event of a spill — just as the United States allows companies to sell food and medicine to Cuba in some cases.

Strange bedfellows: It’s fascinating to see the Environmental Defense Fund (EDF) and a member of the Houston oil industry coming together around the issue of drilling and safety, essentially making confident statements about Cuba’s drilling plans. Based on what I’ve been told, the Cubans are very interested in companies with good safety records, and they are serious about environmental protection.

Safety talk: Dan Whittle, an attorney with the EDF, told me: "By all accounts, Cuba intends to start drilling as early as November or December. So we can't simply hope it won't happen. If and when Cuba drills, it's simply imperative that we be at the ready to ensure that they get it right, that they do it safely and in an environmentally sound manner. So this isn't about politics. It's about protecting our beaches, our shores, our fisherman, our communities." 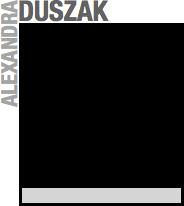 OSHA began inspecting U.S. refineries in 2007, following a federal investigation of a 2005 explosion at a BP plant in Texas that killed 15 workers and injured 180 other people. Nearly two dozen serious safety violations endangering about 2,100 workers were found at ExxonMobil's Baton Rouge plant. ExxonMobil can contest the findings, but the $126,000 in fines it could end up paying won’t take much out of the billions of profits the oil company earns quarterly.

Workplace hazards: I was surprised to learn just how unsafe oil refineries can be. Even when regulations are observed, there's still a great potential for danger because of the toxic, volatile chemicals that are processed at very high heat as part of a plant's daily operations.

Constant concern: Accidents like the BP oil spill in the Gulf of Mexico get a lot of attention, as well they should. But refineries are operating every day, and if they aren't closely monitored, they can be dangerous for the people who live and work near them, as iWatchNews.org's Fueling Fears investigation found.