The mantra of conservation biology is habitat restoration; even if scientists increase population numbers with captive breeding, critters need their place to do their thing.
Such efforts are made more complex for river and stream habitats, where human development both on the water and on nearby land can have debilitating effects. Of course, wildlife managers rarely control all the variables, meaning some restoration efforts stagnate. But occasionally, success! A wild sturgeon is born. 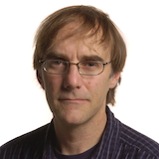 With deer or wolf or owl, it might be enough to say we've preserved this chunk of land or that corridor, and the species will benefit. But fish habitat is multi-dimensional because fish are affected by both land and water management. Fish life cycles are also much longer than the typical human planning calendar. For instance, salmon typically don't return to spawn until three or four years after birth. Sturgeon take 15 years or longer to mature and reproduce many times after that during a many-decade lifespan. So it's not enough to say "river flows are great this year for fish." We need to ask what kind of flows are needed over decades to produce great fish populations.

I'm still surprised... by how poorly various government agencies work together on environmental issues, whether it be wildlife or climate change. It's common to see one agency approve a project without considering potential harm to salmon, for example, and not consulting with wildlife agencies, even though laws exist to require that coordination.

I'll be watching: A new study found that removing the adipose fin on hatchery-raised salmon to distinguish them from wild fish may disturb their swimming ability in some conditions. So hatchery and fishing practices may change. On the bright side, scientists are developing new genetic identification methods that can ensure that commercial anglers catch the right species or run of salmon. 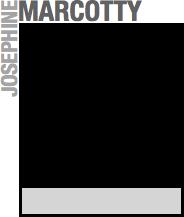 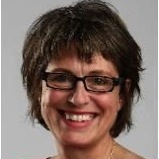 Sturgeon are important to the overall ecological health of rivers and lakes in ways that biologists don’t entirely understand. After all, the fish has been largely absent for the last century. But sturgeon are critical, for example, in the reproduction of mussels and clams, which in turn stabilize stream beds and affect the nutrient flows of rivers. The success of the sturgeon restoration project is directly tied to the Clean Water Act. Once that law forced the halt of point-source pollution, many species of fish came back to the St. Louis and to many other rivers. That convinced biologists that the sturgeon might have a chance – if only they had a place to breed.

I was surprised to learn: The 25-year project cost about $300,000, which covered the cost of 140,000 fingerling sturgeon and many tons of boulders that were arranged below a dam to provide the deep holes and fast-running water that spawning sturgeon like. Restoring other habitat may not be as cheap: some have decades’ worth of toxic sediments buried in the bottom, and disruption will spread it.

Notable quote: "Holy crap! We caught a sturgeon!" exclaimed Brian Borkholder, a biologist for the Fond du Lac band of Chippewa. The sturgeon is a fish that can live and reproduce for 100 years, a fish that early settlers believed was inexhaustible, yet it had been brought to the brink of extinction. So finding a tiny grey fingerling was exciting to Borkholder because it was proof that the sturgeon is coming back.