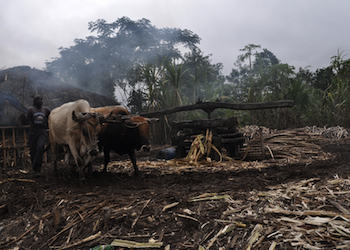 The primary cause of deforestation in many countries is people cutting trees for fuel, according to a recent report from a forest research and conservation group.
So while politicians debate the pros and cons of the U.N.’s program to slow the cut, Reducing Emissions from Deforestation and Forest Degradation (REDD), simply handing out fuel-efficient stoves could be a big step in the right direction, researchers say. 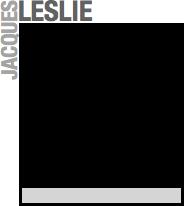 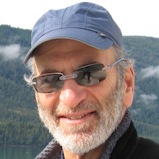 Most reports from Haiti are focused on the earthquake’s aftermath, but the country’s near-total deforestation will doom reconstruction efforts unless it’s rigorously addressed, forestry experts say. Topsoil is blowing away, sliding down mountains, clogging rivers, and smothering coal reefs. Nearly all of Haiti’s rivers are going dry because their watersheds no longer absorb much water. Instead, it cascades down mountains, inundating cities and drowning at least 2,500 people in the last eight years. Four University of Miami geophysicists even argue that deforestation may have triggered the earthquake, by causing so much sediment to move from the mountains above the fault that the fault was freed to move.

Blame game: Both Haiti’s government, which has no reforestation plan, and nongovernmental organizers must share the blame for the neglected forests. Dozens of NGOs have created programs to plant trees, but almost all of them are focused on supplementing individual farmers’ meager incomes within a couple of years. Real reforestation would take far longer.

I was surprised to hear ... farmers say that conditions were better when dictators François (“Papa Doc”) Duvalier and his son Jean-Claude (“Baby Doc”) ruled Haiti. Part of the reason is political, but part of it is also environmental: thanks to deforestation, farmers have less and less water to feed their crops. 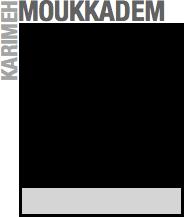 African forests store more carbon that those of Southeast Asia and are at greater risk than the tropical forests of both Asia and Latin America, according to a recent report from Forest Philanthropy Action Network (FPAN), a nonprofit that provides research-based advice on funding forest conservation. Although the REDD+ mechanisms have provisions to reward sustainable management of forests, FPAN claims that “sustainable forest management” is a euphemism for selective logging and is responsible for heavy carbon loss in African forests. This debate and a push for increased government regulation in the developing world are likely to heat up as REDD+ and other carbon-market mechanisms come into play.

I was surprised to learn: The United States and European Union use land zoning and other regulatory measures to determine land use, but in African countries, market forces and land rights primarily dictate land use, including decisions that impact forest conservation.

Notable quote: "It seems totally unjustifiable to call for a strategy that would see extraction of non-timber forest products — food and materials — fall right off in tropical Africa during the 21st century. Millions are dependent on these resources and also, in many cases, have clear rights to them. But the climate and ecosystem services logic is inexorable. If we don’t protect forest carbon we will change the climate in the continent, it will get hotter, water resources will dry up, and crops will fail." — Bernard Mercer, FPAN