Driven by economic and environmental concerns, the global airline industry has been searching for that magic combination of processes and technologies to improve its fuel efficiency.
Still, the rapid growth of air travel in recent years, coupled with an effect called radiative forcing — in which jets flying near or in the stratosphere dramatically amplify the affect of their non-CO2 emissions on climate change — add up to a significant environmental impact. But while the airlines are embracing technology improvements, they are fighting the industry’s inclusion in the European Union’s carbon trading scheme, set to begin in January 2012. 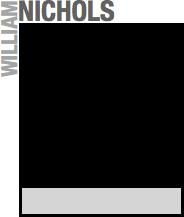 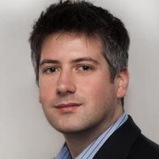 The European Union is determined to bring aviation emissions into its carbon trading scheme, but despite repeated, defiant statements from the European Commission and E.U. president, the pressure is building for it to reconsider. U.S. airlines are arguing in European courts that the proposal is illegal; Chinese airlines are also considering a lawsuit; and the European airlines’ trade association is lobbying Russia to voice its opposition too. The industry’s case would be stronger were a global agreement to tackle emissions any closer. But worldwide aviation emissions increased 110 percent between 1990 and 2008 and with only voluntary targets being agreed upon to date, the European Union sees inclusion of aviation in the trading scheme as the only way to realize near-term emissions reductions.

I was surprised to learn: Despite the massive increase in output over the past 20 years, airline emissions only account for around 2 percent of the global total. Even so, the industry is predicted to expand rapidly, and the European Union thinks that including airlines in its Emissions Trading System will save 83 million tons of CO2 per year by 2020, a 46 percent reduction on business as usual.

I'll be watching: U.S. trade envoys have refused to comment on what action they would take should the European Union decide against them. We could see retaliatory legislation or even a full-blown trade war. The outcome will also affect the European Union’s plans to bring shipping emissions under the Emissions Trading System in 2013; we could well see all these arguments rehashed next year. 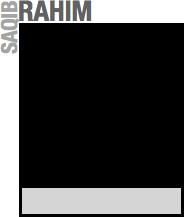 The debate over including airlines in carbon trading is more of a battle over the timetable than whether to cut emissions. The airlines want more time to decide how to cut CO2; the Europeans are saying time’s up. Airlines have been getting more energy-efficient for decades, but their formal climate plan is stuck in a U.N. body called the International Civil Aviation Organization (ICAO), where a proposal has to get near-consensus to pass. Environmentalists are criticizing that process, saying that in 14 years, the best proposal ICAO has come up with is a voluntary target.

Friends fly free: Several sources have told me that the United States, Europe, and China are talking behind the scenes of the lawsuit by U.S. airlines that’s challenging their inclusion in the E.U.’s carbon trading scheme. The United States and China are probably trying to work out a deal that cuts their airlines some slack.

I was surprised to learn: It’s going to be hard for technology to save the day. A Boeing spokesman told me that biofuels are the key; they could cut emissions in half. The problem is, that’s a far-off technology. The industry knows its planes leap forward in technology every 20 years or so, but it’s unsure how to meet near-term goals like the one in Europe.