Wolf hunts resumed in Idaho and Montana after a controversial rider introduced in April budget talks removed those states' wolves from the endangered species list.
Despite expanded hunting seasons, wolf-hunting permits are selling slowly. Other U.S. states continue to discuss their own wolf plans, and wolf hunts have been expanded in the Canadian province of British Columbia. Meanwhile, authorities in Sweden scrapped that country's first wolf hunts, and wolf sightings continue to increase in France, where antihunting laws were enacted in 2004. 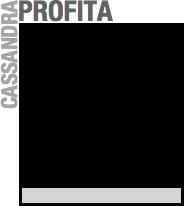 One important thing to remember is that the U.S. Fish and Wildlife Service and eight conservation groups signed off on the wolf hunts in Montana and Idaho before wolves were removed from the endangered species list. Wolf advocates still don’t like the hunts, and they’re worried that Idaho doesn’t have a kill limit this year, as it did in 2009. But most stakeholders agree the licensed hunts won’t put the species in jeopardy. Instead, they take issue with Wyoming’s wolf management plan, which allows people to shoot wolves on sight at any time without a license.

A lynx link: New research shows that bringing wolves back could actually help recover some threatened and endangered species. Oregon State University scientists found that the Canada lynx has a better chance of survival with wolves around because there are fewer coyotes and, therefore, more snowshoe hares for lynx to eat.

Watching Wyoming: A new plan is up for approval this month, and it still allows people to shoot wolves on sight without a license in a large portion of the state. If the U.S. Fish and Wildlife Service signs off on the new state plan and lifts endangered species protections, wolf advocates might take the feds to court again. 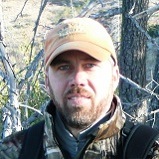 Predator hunting is controversial. Idaho hunters will kill far more bears and mountain lions this hunting season than wolves, but that tends to be more accepted. From a game management standpoint, there’s little difference in hunting bears, mountain lions, or wolves, but wolf hunts get far more attention.

It's not quite true ... that wolves are endangered. The wolves in Idaho, Montana, and Wyoming are mostly the offspring of a “nonessential, experimental” population introduced by the U.S. Fish and Wildlife Service. The delisting criteria was met years ago, but they’re often still referred to as “endangered” wolves. It was a legal, not biological, description. Wolves have thrived since they were reintroduced.

Why can Minnesotans peacefully coexist with almost 3,000 wolves, while Montana livestock ranchers continue to have conflicts with the state's roughly 560? Because Minnesota has dairy farms, where livestock are kept in barns at night and in corrals near homes during the day. Montana ranchers “free range” their livestock into the high country in the summer and only check them occasionally before the fall round-up. When you have a couple hundred head of cattle spread over 20,000 acres, it’s harder to protect them. That’s one reason why black angus T-bone steaks are so expensive.

Do hunters care? Montana just began its first wolf archery season and will hold its second-ever sanctioned regular wolf season with guns this fall. The 220-wolf quota is up from 75 in 2009 (litigation cancelled the 2010 hunt). License purchases seem to have waned, and I’m wondering whether the quota will fill early (like in 2009) or at all.

Notable quote: “Wolves and wolf management have nothing to do with reality.… There’s so much politics and media over it. The whole thing is so controversial, so polarized, and it has nothing to do with real wolves or real issues. It’s just human perception.” — Ed Bangs, who recently retired after leading the effort to reintroduce and recover wolf populations in the northern Rocky Mountains