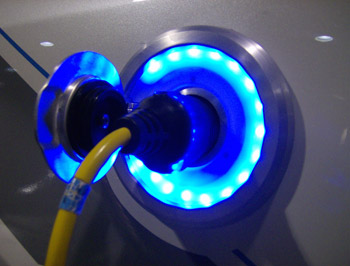 It seems like we were just asking, Who Killed The Electric Car? But the pressing question these days is often, "Which dealership hasn't yet sold out of that new electric car?"
Underneath the rosy headlines about Nissan's Leaf and Chevy's Volt lie questions about the changing relationship between power generators and energy consumers. While a large fleet of these cars will require new generation and distribution infrastructure, innovators see opportunity — and payments to vehicle owners — as smart cars attach to and enhance the grid. 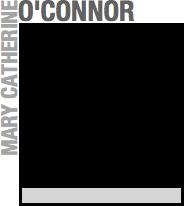 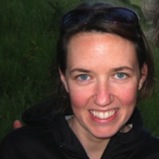 Much has been said about the urgent need for a charging infrastructure to power EVs, and there's a fair amount of build-out going on in some cities. But the US has yet to finalize a standard for fast chargers, called DC or Level 3. The arrival of these chargers, which will allow fill-ups in 30 minutes or less, will likely boost consumer demand for EVs. Most charger suppliers are waiting around for a standard, but AeroVironment is going to install some DC chargers along the I-5 corridor in Oregon. This will make EV road trips between San Francisco and Portland feasible. Sure, that's just one little section of the country, but it's also an EV hotbed. And if we’re going to convert our infrastructure, we’ve got to start somewhere.

After the buzz: It took more than 10 years for hybrids to get a toehold in the auto industry, and they still only represent about 2 to 3 percent of U.S. auto sales. EVs come not only with a high price tag but also a whole new approach to ownership, given the need to plug in. On the other hand, EVs are fun to drive. To meet President Obama's goal of 1 million EVs on US roads by 2015 will take more than just infrastructure support. It'll also require getting more people behind the wheel and building up buzz beyond the early adopters.

Credit where it's due: Drivers can earn up to $7,500 in tax credits for buying EVs, but not everyone qualifies. And those who do won't be enjoying that incentive until they file their taxes. The Obama Administration wants to change this $7,500 incentive from a tax credit to a rebate so drivers could claim it at point of purchase. 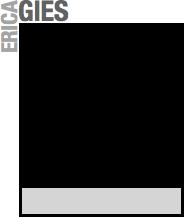 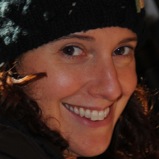 A critical mass of electric vehicles attached to the grid is typically perceived as a challenge to generation capacity and transmission infrastructure. But some see an opportunity to tap into this fleet of grid-attached batteries to provide a service called "frequency regulation," which allows the utility to adjust to changing demand conditions more efficiently and quickly than firing up “peaker” plants. Proponents say the system would have negligible impact on the vehicle's charging capacity or range, and the utility would pay for access to the vehicle's ability to store or provide energy. Like distributed generation and demand response, it's another example of people becoming active participants in the grid — and changing the economic model of power.

The time is now? Electric cars have had fits and starts for 100 years, but getting paid for your car’s down time could provide the economic tipping point for EVs to go mainstream. Instead of paying $1,600 a year for gas, you could net $440 a year after paying to charge up. Essentially not paying for vehicle fuel could cause a sea change in the way people think about utilizing their possessions.

Notable quote: Cars must be aggregated together to work with the grid, and the University of Delaware has created software to do that. It recently sold the license to operate outside the United States to Danish company Nuvve. “The regulation market today worldwide is $6 billion, with $1.5 billion in the United States,” said Gregory Poilasne, Nuvve’s CEO. “By 2020, it’s projected to be $12 billion worldwide.”