Floods along the Mississippi River are sweeping even more agricultural runoff than usual into the Gulf of Mexico, leading scientists to forecast the largest-ever dead zone there, perhaps as large as New Hampshire.
Dead zones appear in water bodies when pollution causes algae to bloom. When the bloom dies, decomposition sucks oxygen from the water, killing the creatures and organisms that normally live there. Meanwhile, the Great Lakes are also seeing great algae blooms from farm runoff. Dead zones now occur worldwide, and flooding intensifies them. 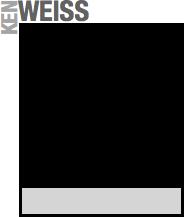 The number of these so-called “dead zones” are doubling every decade in ocean waters around the planet. This year, scientists forecast that nitrogen- and phosphorous-laden waters flooding out of the Mississippi will create the largest low-oxygen dead zone on record in the Gulf of Mexico. This marine devastation suffers from ongoing news neglect because it happens out of sight. Few reporters venture offshore to check it out, compared to the many who swarm around flood damage on land. These undersea killing fields are littered with carcasses and often stink of sulfur.

I was surprised to learn ... that dead zones aren’t really dead. They teem with life – of a different kind. It’s a microbial soup made up largely of ancient bacteria that’s been around for billions of years but is normally pushed into the background by higher forms of life.

Notable quote: Robert Diaz, a professor at the Virginia Institute of Marine Science, has been tracking the proliferation of low-oxygen waters. He says that these microbes running riot have been barely noticeable for millions of years, tucked away like the pilot light on a gas stove. “Now the stove has been turned on,” he said.

Lake Erie's algae blooms appear to be caused by phosphorus from agriculture. But reducing it may not be as simple as getting farmers to apply less or at a different time of year. In many fields where farmers have been using no-till agriculture, researchers found phosphorus accumulating in the top few inches of soil. Now scientists are wondering whether no-till — where farmers don't plow up crop residue before sowing the next crop — might be part of the problem. But they don't want to recommend getting rid of a practice that's helped to reduce soil runoff. It's a conundrum. One solution may be to inject fertilizer into the soil without plowing, a technology still under development.

A little bit of history repeating: Jeff Reutter, head of Ohio Sea Grant, has spent his career working to clean Lake Erie. In the 1970s, a message appeared on a Cleveland breakwall: “Help me, I'm dying. Signed, Lake Erie.” Reducing phosphorus from laundry soap and wastewater cleaned up the algae blooms, dead zones, and thousands of dying fish for a while. But now they are back. Reutter said he feels discouraged because, after all his work, Lake Erie is sick again.

I was surprised by … how long it's taken public health officials to alert swimmers, boaters, and anglers about the dangers of contact with the algae. The Lake Erie blooms started back in the mid-’90s, but in Ohio, state health officials have only just put up a website with locations of blooms and warnings about levels of risk.